Cameron Herold — Execution During a Crisis 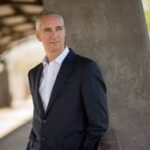 Basic routines still matter as you are going through change and a bit of disruption in your standard patterns. Focus and great execution will help get you through this period of stress and uncertainty.

Cameron Herold is a business consultant, best-selling author, and speaker. He built two million dollar companies by the age of 35 and grew one of his companies, 1-800-GOT-JUNK from $2 million to $106 million in revenue within six years. Today, he is the Founder of the COO Alliance.

To react in the moment of uncertainty is very stressful. Cameron recommends that for future crises, it’s important to take some time out of your day every month for a strategic thinking session. Give yourself some space to think about the next 12 months and what the world might look like.

By having a plan, you can become adaptable during an uncertain time. For example, two of Cameron’s speaking engagements canceled. It’s not a big deal to Cameron because he is able to focus on his core plan, which is to grow COO Alliance and to continue on. Instead of freaking out, he is focused on his three-year vision that he is driving towards.