Steve Martin – Messengers: Who We Listen To, Who We Don’t, and Why 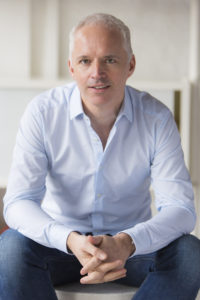 Ever have one of your great ideas shot down only for someone else to relay the same message and be dubbed a revolutionary? Why does that happen? Sometimes the messenger is more important than the message. Today’s episode dives into how you can become a better messenger so that everyone hears your great idea first.

Steve Martin is the co-author of the international bestseller, Yes! 60 Secrets from the Science of Persuasion. He also wrote a series of Tax Letters that have generated millions in extra revenue for the UK Government and his popular business columns are read by over 2.5 million people every month.

Why is it that a pop star can tell people about a vaccine and everybody pays attention, but when their doctor, an expert, says the same thing, no one bats an eye? What qualities do these pop stars have that make people take notice and pay attention, and why are the experts often ignored? Surprisingly, no one has looked at this in any detail in over 40 years.

What are some of the characteristics of an effective messenger? A lot of these skills actually fly underneath the radar and we almost take them for granted. There are two types of messengers: the hard messenger and the soft messenger. The hard messenger has some form of status over their audience, often before they’ve delivered the communication. They have dominance, competence, and attractiveness. This often applies to the rich and famous.

The soft messenger doesn’t have a form of status over their audience. Instead, they share a sense of connectedness with their audience. These messengers exude warmth, trustworthiness, vulnerability, or charisma.

Steve has spent two years studying these two messengers and has largely ignored the contents of their message. People often listen to how you say it, not what you say. This is evident by the news cycle where sometimes the math or the stories don’t add up yet it can cause panic and stress among the public.