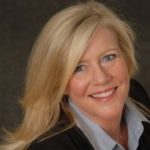 Shelby Scarbrough began her career in the White House during the Reagan administration, and as a Protocol Officer at the U.S. Department of State. Today, Shelby is an entrepreneur, angel investor, speaker and more. On this week’s show, Shelby and I discuss how we can improve relationships and build rapport within your company.

Let’s get right into the heart of the matter. It all boils down to dignity and respect when it comes to building rapport with your team. No matter what you’re doing, those two things are the only things people want. If you’re the giver, or the receiver, keep those two things in mind, and things will begin, and end, smoothly.

During Shelby’s time working for President Ronald Reagan, he treated everybody with dignity and respect. The way he treated his team this taught Shelby, at an early point in her career, why these two principles were so important.  As representatives of his administration President Reagan’s team went on to treat whomever they were working with the same way as the President.

When Shelby left the White House, she took her skills and applied them to the business sector. On the outside, building rapport makes people’s lives easier, but when you take a closer look, it really takes away all the ‘noise’ of the business to help facilitate distraction-free communication.

There are certain protocols and values that need to be addressed at every company. The more outspoken a CEO is about these protocols, the less intimidating it will be for a new person to figure out the company culture as they go.

People often assume that when entering into a new environment, everyone needs to adapt to them. This is false. When you enter into a new culture, office, etc, you should adapt to their ways. There is always a balance between being yourself, and being respectful of other people’s customs.