How to Reboot and Recharge a CEO 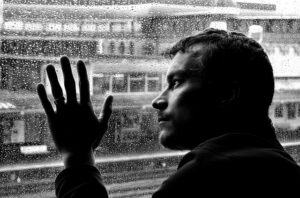 Have you ever felt like you were losing your passion? It’s not uncommon to lose your zeal when you experience setbacks. The good news is you can bounce back quickly by addressing the situation head on with a few questions I use with my executive coaching clients.

The questions at the end of this post will guide you through a powerful conversation designed to unleash your inner entrepreneur. I share the story of a recent CEO coaching client who we’ll call Alex, to give you a taste for the way how to reboot and recharge yourself.

Alex came to me recently and said “Bill, I think I’ve lost my passion for work. I’m beginning to think this whole business is maybe not for me.” Then he listed all the reasons why he felt it was time to exit his business. “This is actually a great opportunity,” I said, as he shot me a look of surprise. “This is the perfect opportunity for you to get in touch with your core leadership.”

When I refer to core leadership, I’m talking about the place where drive comes from. The drive to create, to lead, the place you derive your values, it all comes from your core. When we feel numb, suppressed, or unmotivated, it’s usually because we’ve lost touch with that core.

I had been coaching Alex for about 4 months. We had begun our coaching relationship to implement his vision for big growth and smoother operations. It had gone well at first, we worked on the vision, mission, and values of the company, and then dove into strategy and tactics for growth. Alex was excited and on fire for the opportunity at hand, until this latest session.

To help Alex gain clarity I asked, “Can you remember the moment it first changed?” It took him a minute, but he recalled the moment he’d experienced a small setback on one of his projects. “Try to remember exactly how it felt,” I said. As we talked, the experience came right back to life and Alex saw he had made a small unconscious decision in that moment; he feared it was a sign that his company was not going to turn out how he had envisioned.

From this insight we were able to pinpoint his real fear; that he’d end up living an ordinary life. Fear of being average is all too real for many of us and while it’s not as severe as being homeless or losing a loved one, it’s a fear that kills the passion that drives real action in our lives. To an entrepreneur, passion is everything.

My next questions was, “How have you been acting since this happened?” Alex began to describe someone lacking motivation and going through the motions of everyday life because that’s what was expected of him, while keeping hidden his disappointment and fear. The person he described sounded nothing like the CEO I had been coaching for months.

The impact on him was obvious. To get him to think about other people I asked, “What do you think communicating with you has been like for your employees, your board, or your wife?” He had a harder time putting himself in this mindset, but he began to get it. Then he became disgusted with how he had been acting.

“I see now.” he said. It was then he saw how the whole environment, the string of events, and the emotions from his initial setback were the culprits sucking the passion out of his life and leaving his team without real leadership. But, recounting the experience altered something for him. He saw himself as the cause of the situation and realized his power to change it. Everything shifted. “So, now what do I do?” He asked with uncertainty.

“Well, you have to keep in mind that you’ll still be facing the same setback, the same challenges, and all the same people. What I want you to do now is imagine your ideal character.” I wanted him to picture what it would look like to lead his business in a way that made him proud. Suddenly, the inspiration came to him. What he really wanted to be was an “unleashed entrepreneur,” going for it, no matter what obstacles he might encounter along the way.

The next step was talking with his team, to make them aware of what had happened. “Transparency is much better than pretending that all is well,” I told him. Demonstrating integrity and authenticity is critical for a leader. “Just make sure that you’re open to their feedback and listen to anything they have to say. Once you’ve explained to them why you were acting the way you were, I want you to share your new commitment to being an ‘unleashed entrepreneur’ with them.”

I sent him off. He made a list of the people he needed to speak to and later that week I got a text saying, “All good! Details when I see you next!”

Two weeks later, I saw him for our regular coaching session and this time he stood straighter and smiled broadly. I could see his confidence again. He shared the conversations that restored him and we spent the rest of the session talking about strategy and sales growth.

Can you relate to feeling run down the way Alex did? It’s common to get overwhelmed, to lose your way, and to lose your passion. Here are the steps you can use to reboot and recharge yourself. Click here to download our Reboot & Recharge Worksheet and follow these steps to rejuvenation.